Arnegard is located in McKenzie County in the state of North Dakota. As of the 2014 census, the county population was 10,996. The county seat is Watford City. McKenzie County was first created by the March 8, 1883 Dakota Territory legislature but eliminated in 1891 due to a lack of settlement. The county was then recreated by the 1905 state legislature, with the county government first organizing on April 20, 1905. The name comes from early North Dakota politician Alexander McKenzie. Before becoming Watford City, the county seat was Alexander from 1905 to 1907 and Schafer from 1907 to 1941. 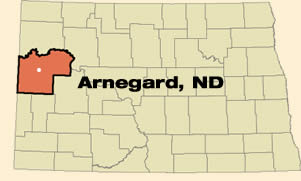 How Did It All Start?

Arnegard was founded in 1906 and is named for Evan Arnegard, the first homesteader in the area. The first church was a one-room log cabin, the Wilmington Lutheran Church. It was so named because most of the people who founded Arnegard came from Spring Grove, Minnesota -- where they belonged to the Old Wilmington Lutheran Church. The post office was established July 14, 1906 with Gerhard A. Stenehjem as Postmaster. The town was incorporated in 1913 when the Great Northern Rail Road extended its line past Watford City to Arnegard. 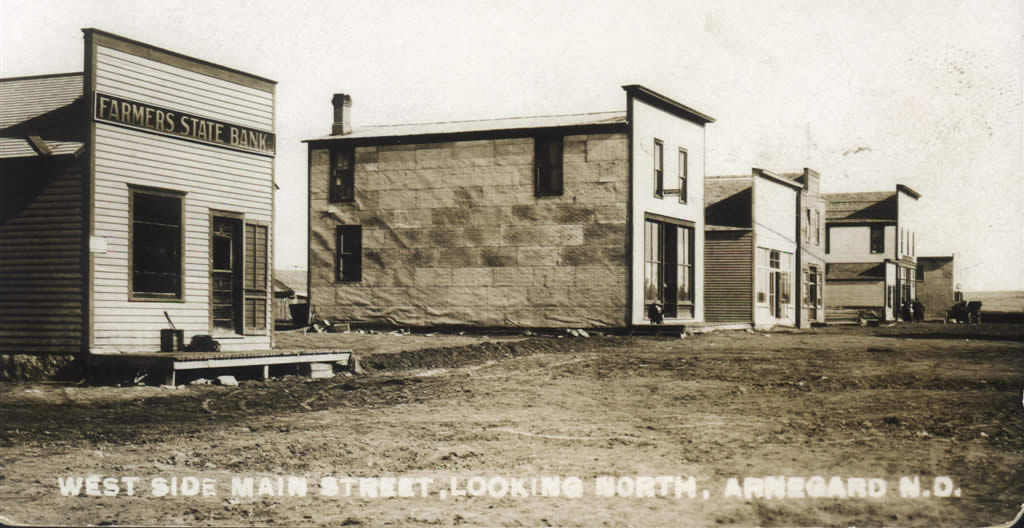 In 1914, the town built the Arnegard School -- a one-story, four room school which taught grades 1 through 12. It opened on January 29, 1915. As second story and rear annex were built in June 1936. Included were four more classrooms and a library on the second floor, and a gym and principal's office in the rear. The annex was torn down in 1954, and a much larger gym built. By then, the Arnegard Spuds basketball team was winning games throughout the state, and wrestlers too were winning awards. In 1961, the school won the State Class C Boys' Basketball Championship. The high school closed in 1963 due to declining enrollment, but elementary school classes continued to be held in the structure until 1976. McKenzie County donated the building to the city of Arnegard shortly thereafter, and it was used as a roller skating rink, town library, and meeting hall. By the early 1980s, the second floor was considered unsafe, and the building eventually closed. In 1998, local man Milton Hanson purchased the structure and completely renovated it. It now is operated as the "Old School Bed & Breakfast", and has been featured on HGTV's "If Walls Could Talk" and Prairie Public TV's "Old to New: Remodel, Restore, Revitalize". Buildings in Arnegard. 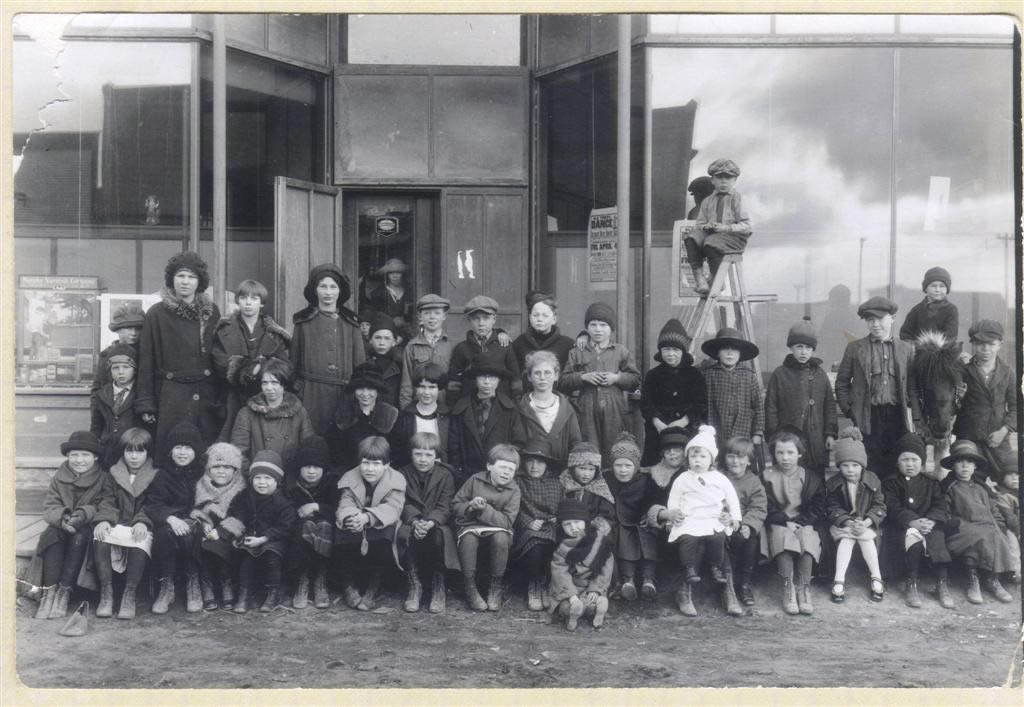 Arnegard suffered a horrible fire on its Main Street in January, 1959. Cleanup had barely begun when a second fire occurred in March. But by 1961, most of the structures on Main Street had been rebuilt. Arnegard has never been big. The town was founded with about 100 people living there, and it reached its peak population of 254 in 1930. The town weathered the 'Great Depression' well enough, but by 1940 the population was down to just 222 (a loss of 12.5 percent). The population stayed relatively steady until 1960, but dropped by almost 40 percent to just 141 people in 1970. A brief surge in population during the 1970s oil boom (oil and natural gas deposits were found beneath McKenzie County about 1974), but the boom was followed by a bust in 1980 as drillers discovered that most of the oil was locked in shale which (at the time) could not be reached. By 1990, the population was 122, and by 2000 it was just 105. Arnegard has seen a small uptick in population due to the 1990s oil boom (which is continuing). The U.S. Census estimates that the town had 166 residents as of 2014.